Semur-en-Brionnais, Burgundy, above a butchery to be precise. A place steeped in Gallic history and tradition but one that would ultimately have an enromous impact not in France but the other side of the Chanel.  This was the birthplace of Michel (1935) and Albert Roux (1941) , affectionaly  known as the Godfathers of modern restaurant cuisine in the UK.

Their story is a great one and the legacy they have curated even greater.

Following in their own family footsteps, Michel started as a charcuterier before following his brother Albert into becoming a patissier. Albert worked at the British embassy while Michel become a chef at  Philippe de Rothschild’s service.

Albert then became private cook to Nancy Astor, the first woman MP. He would then meet the Cazalet family who helped convince him to come to England. This was a place the Roux brothers (and most of France) had always considered, gastronomically speaking, in ‘the dark ages’. 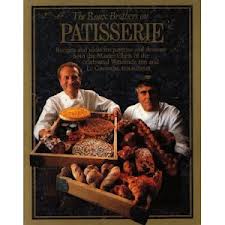 Albert was private chef to the Cazalet family in Kent for eight years. Here he would have cooked for many discerning and international guests used to the world’s best gastronomy. The likes of  Noël Coward, Douglas Fairbanks Junior and Elizabeth Taylor were all guests and cooking for the famous would become normal for the Rouxs throughout their lives.

Michael visited Albert to have a tour of London’s best restaurants. He wasn’t impressesd with his first meal at The Savoy Hotel:

“It looked like beef.  The colour was grey. The gravy was glutinous. The vegetables were so cooked it was almost inedible.”

This didn’t stop him moving to England and once he had done so he and Albert began to foster their ambitions. The Cazalet family and their friends eventually encouraged and financially helped the brothers to set up their own restaurant. In 1967, Le Gavroche was born. It became the first British restaurant to be awarded a Michelin star, then the first to gain two and the first to gain three. For many it remains the jewel in the crowd of London’s high end dining today.

“We were full on the first night and have been full ever since. The only time we saw a dip was when the IRA was putting bombs in London restaurants,” Albert Roux.

The brothers weren’t without their detractors. It’s a noted, if unfair critisim of the Roux family that their restaurants are out of reach for many. Thus they have no significance for most. Would Michel and Albert been able to eat in their own restaurants before their success? This is really to miss the point. Many refined forms of art or service require a level of dedication that makes them rare, expensive and all the more desirable. Picasso’s Principle:

A lady once approached Picasso, asked him to draw her a sketch. He did sketch and then said that this would cost $10,000.

She was dumbfounded. ‘It only took you five miuntes’.

‘The skecth may have only taken five minutes, but the learning took me thirty years’

After some lower profile ventures Albert and Michel opened the equally legendary Waterside Inn in Bray. It holds the record for the longest UK restaurant to have three Michelin stars. Though it was by no means an easy ride from the off.

“The Gavroche wasn’t so well known outside of London in those days and food was not at the top of the agenda for the British then. In the first few weeks, there were no clients during the week – it was as dead as a dodo. But the weekends were pretty chaotic, because we used to take extra bookings to cover.” Michel Roux

Egon Ronay, the Hungarian Fay Machler of the 1970s, claimed The Waterside Inn was one of the best restaurants in Britain in his Daily Telegraph article.  This had a dramatic effect, the place was filled and, like its sister Gavroche, has been ever since.

“You shouldn’t cook for the guides, but my god when you’re starting a business they’re bloody helpful, especially when you’re in the middle of nowhere and nobody knows you,” Michel Roux.

Despite the restaurants being landmarks on the Gastronomic map, they form only part of the Roux’s oeuvre. Their mentoring, coaching and school has inspired and made the careers of a frightening number of Great Britain’s best chefs. In the Michelin Guide today, more than half the starred British restaurants have chefs either trained by The Roux family or by their protégées. This is staggering.

“If you are just running a restaurant without thinking about the industry around you, you are not thinking about having a full life. To pass on your knowledge and see young people grow and develop further gives you a wonderful sense of satisfaction.” Michel Roux

The family’s impact and influence goes far beyond their restaurants and filters down through to a book or story that inspires the next generation. The Roux Scholarship is one of the most prestidous competitions in the world. The winner gets the opportunity to cook for three months in a three Michelin starred kitchen, of their choice, anywhere in the world.

Their family’s influence is huge today and set to be so for many years. Albert’s son is hugely likeable Michel Roux Jn, who presides over Le Gavroche and presents Masterchef The Professionals. Alain is in charge of The Waterside Inn, considered by many England’s finest restaurant. Michel Roux Jn’s daughter is also one of the UK’s biggest young talents.

So how do the Godfathers feel about the current restaurant and food scene?

“We are facing a problem. You see, UK came from nowhere, it was a revolution, then everyone wanted to get a bite of the pie.” They are businessmen [in charge] instead of cooks. They want a theme restaurant and a quick return on capital.” Albert Roux

Would you expect anything else from a true gourmand?

‘They were the Beatles of gastronomy. They changed everything.’ Heston Blumenthal