Scandi-lifestyle is hot right now. It’s actually been so for ages. But when Hugh Fearnley-Whittingstall’s getting in on the act, you know it’s hit the big time.

Scandi-food may be the last element of this lifestyle to infiltrate, but it’s way more exiting than all that other shit.

AA Gill and Antony Bourdain agree that to truly understand a country’s culture you must eat its food. Naturally, Sweden, Norway and Denmark are all very different. But they all embrace their cold outdoors and the adventure that comes intertwined. This is at the heart of what their food’s about.

“Scandinavians enjoy their open spaces with gusto and it shows in their soul, in their faces and in their diet.” Valentine Warner

Scandinavia is home to some of most beautiful landscapes on earth. A day in the life of a Scandi must be like living inside Instagram. If that was real. Which it is. Sort of. 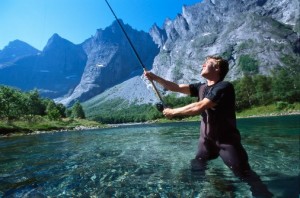 The immensely likeable Valentine Warner is as ruddy as they come. The future patron saint of clotted cream, he loves a bit of British. In his brilliant series ‘Valentine eats Scandinavia’ (523 calories) he swoons for another and falls majestically in love with salt-cod, spruce, herring, cherry wine, ash, flæskesteg, wild berries, licorice and smoked reindeer whilst fishing, foraging and frolicking the Frords and Skogs.

Scandinavia is even producing some of the best new beers around, using American craft techniques in micro breweries. Look out for Mikkeller and Nøgne Ø.

I spent last Midsummer’s in Stockholm’s archipelago, where it was light for 24 hours. Staying with a group of Swedish friends, their generous culture shone through and you can see they’ve got it good in so many ways. It was delicious, herring-laden, sunny, beautiful, Volvo-ey, drunken, bizarre and scary. Totally mesmerising. 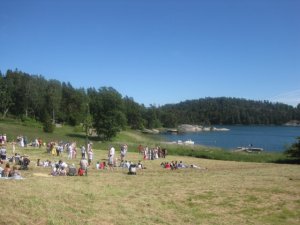 Dancing round the maypole is like The Wiker man with a happy ending. This video captures the vibe spot on.

Thankfully Scandinavia’s cultural impact on London has been significant and, ever so surely, the gourmand ripples are being felt.

Scandi-food LDN. Five of the best: 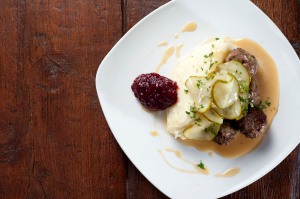 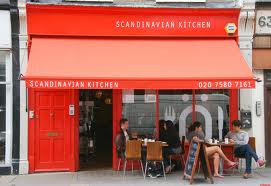 Probably the best known Scandi food source in London. For good reason too. Famous for its open sandwiches, and with over 600 Scandi specialties from the shop, it’s the biggest in the UK.

If MEAT liquor is a night at Fabric, Fika is a spinning class with a sauna after. Both good experiences, Fika will leave you smug for longer.

Swede Mikael Jonsson has moved from running a blog about food to running a restaurant. This one has a Michelin star. There is hope.

Still the darling of the critics. Whilst not purely Scandinavian, Ollie Dabbous is hugely influenced by René Redzepi.

So go make friends with some Scandis and get chomping. Helan går – Skol, Skol.